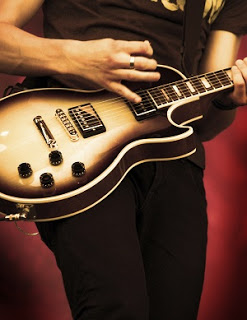 What is Royalty Free Music?

Royalty-Free Production Music – what does it really mean?

Put in the simplest possible way, Royalty-Free Music describes a piece of music that you can use as much as you want after paying a one-time license fee.

That’s the most important thing to know about royalty-free music, and you could walk away from this article now and probably know enough about the subject to get by.

But if you want to know a little bit more, read on.

Royalty Free Music was first introduced in the 1980’s, when it was more common for producers and broadcasters to pay a fee for each time they used the same music. Let’s say they were producing a TV show and that TV show had some music at the beginning of the show, which was repeated again at the end of the show. They would have to pay the fee once for the music use at the beginning, and the same fee again for the use at the end. And then, if this TV show was broadcast once per day, they would then pay the same fees again for each time it was broadcast. This “traditional” form of music usage fees were often referred to as “Needle-drop” fees.

When Royalty-Free Music was introduced, it did away with all this, and allowed producers to pay a one-time license fee for the music, and then use it as much as they want. Not only does this usually work out a cheaper, but perhaps an even bigger difference is the convenience. Producers no longer had to measure each second that the music was used, and calculate fees based on uses, re-uses, etc. No wonder it quickly became a popular way to obtain music.

Luckily, there are now web sites, like this one, that offer great selections of royalty-free music where the licensing procedure is so simple that it would have been a dream come true for those producers from years gone by, who had to deal with the huge complexities of needle-drop fees.

When you look for royalty-free music on the internet, though, be sure to read the small print and to buy from a reputable company. There have been con cases where people have offered music on a royalty-free basis, and the music wasn’t even theirs to offer — leading to a run-ins with the law for the companies who purchased what they in good faith thought was properly cleared royalty-free music. Unsurprisingly, we recommend buying royalty-free music from ourselves, Shockwave-Sound.Com, as we have been in business since 2000, use only on-staff composers/producers, and have established our reputation by serving clients including BBC, MBNA Bank Plc, IBM, the State of California, Raffles of Singapore, Estée Lauder, and tens of thousand other small and large companies over the years.

I hope this has been useful.